This brilliant Union Jack Wall Art features an illustration of the historic British Parliament emblazoned across it. There’s a real vintage texture to the rough and worn colors of the Union Jack flag in this artwork. The Parliament design across it adds a very British flair to it.

There’s little doubt that the Palace of Westminster where Parliament meets in London is among the most recognizable buildings in Britain. The site is an ancient seat of power but most of the building we see today dates back to Victorian times. Following a fire, the Palace of Westminster was rebuilt in the Victorian Gothic Revival style. While the great clock tower that houses Big Ben may seem ancient, looks can be deceiving! The looming edifice now known as the Queen Elizabeth II Tower was built during the reign of her great, great grandmother. In Britain, their are many private residences older than that. But it hearkens back to the Medieval Gothic style which has become practically synonymous with Britain.  That’s an iconic combination that makes this Union Jack wall art a brilliant piece of British art.

This artwork makes a great gift for the Anglophile in your life. And, of course, if you are looking for a piece of signature art to show your fondness for all things British then this piece is a brilliant choice. This art features an unmistakable Union Jack combined with one of Britain’s signature architectural styles.

This brilliant Union jack wall art was designed by Mark Tisdale. Mark is an American artist who has a fondness for British culture, history, and architecture. This Union Jack wall art is available as a canvas print, framed wall art, modern metal print, and in other substrates and sizes. It’s part of an ongoing series of Union Jack designs created by Mark in celebration of British culture and places. You can see more of this series on his site. 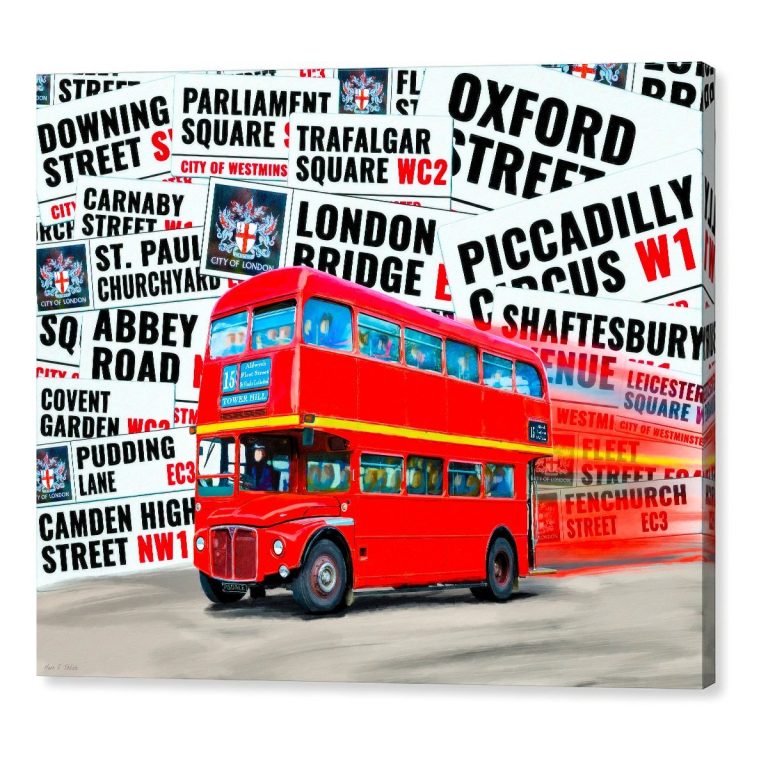 This striking London bus canvas print is dominated by a classic red Routemaster bus. Although the Routemasters haven’t been built since the 1960s, they are still the epitome in the minds of many of what a London bus is. If you looked up London bus in the dictionary, this is what you’d expect to see,… 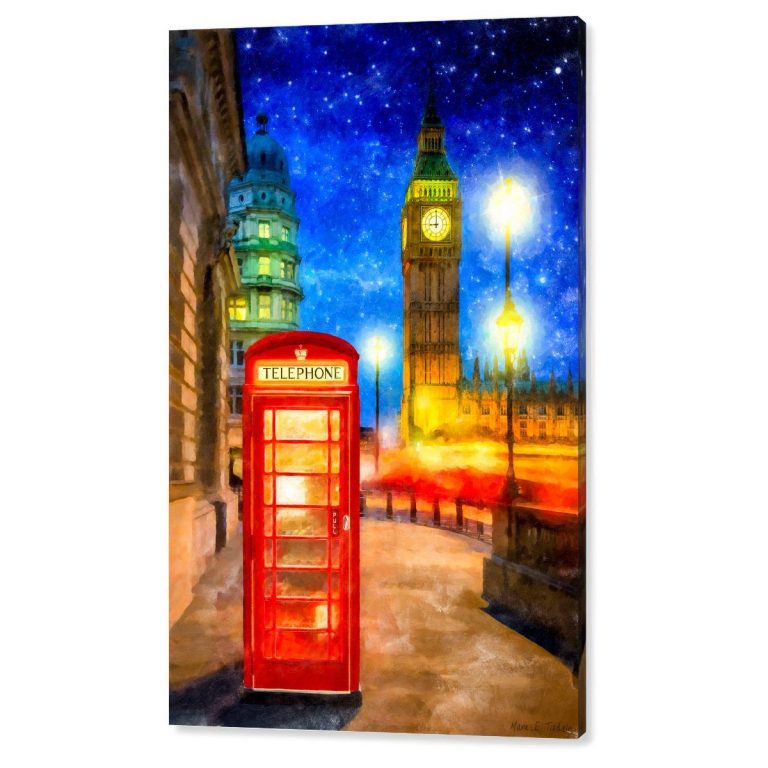 This colorful London Phone Booth Canvas print is sure to tick all the boxes if you love British decor. From the brilliant red of the London Phone booth to the deep blue night skies, this is very much a cheerful artwork. The actual phone booth on this corner of London near Parliament and “Big Ben”… 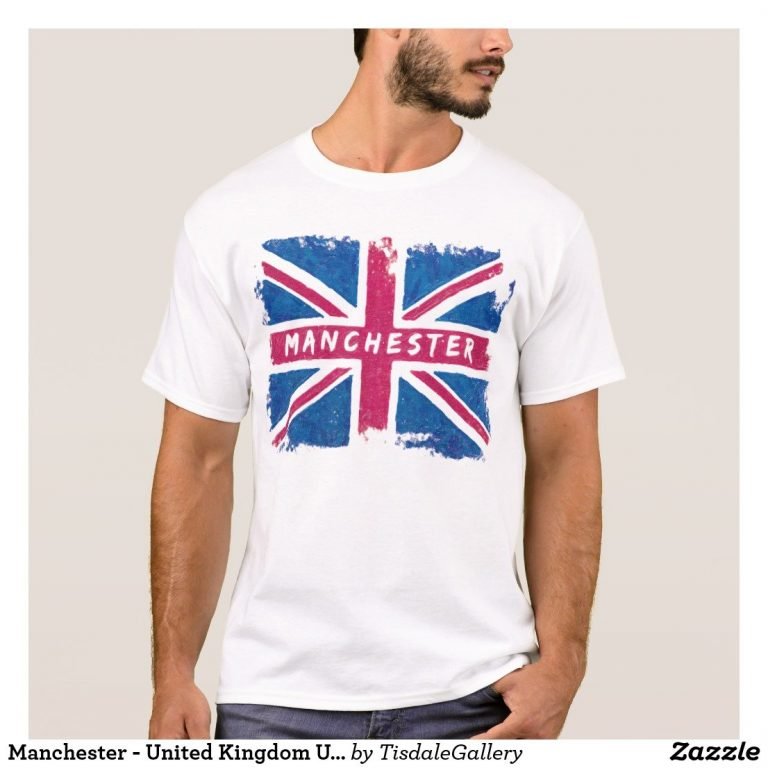 This Manchester T-Shirt includes an iconic distressed Union Jack design that has a very vintage feel. You may have seen this design on social media and in the news shortly after the bombing of the Manchester Arena in May of 2017. This Manchester artwork quickly became the de facto emblem for people wanting to share… 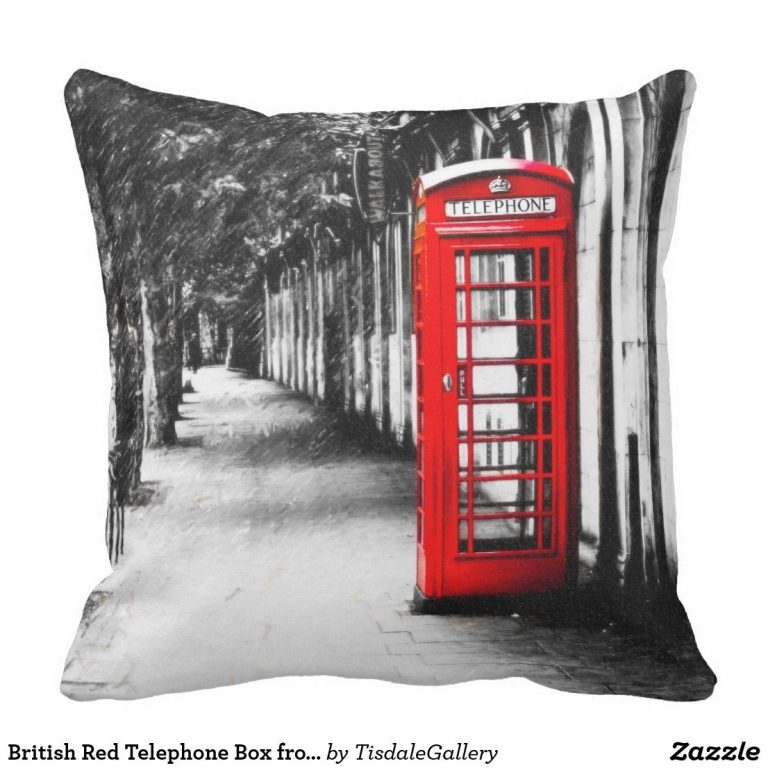 This red telephone box throw pillow brings a classic sense of British design. Even though those old red telephone boxes are no longer needed, they are so loved that many of them are designated historical structures in their own right. While phone booths have vanished throughout much of the world in an age of mobile… 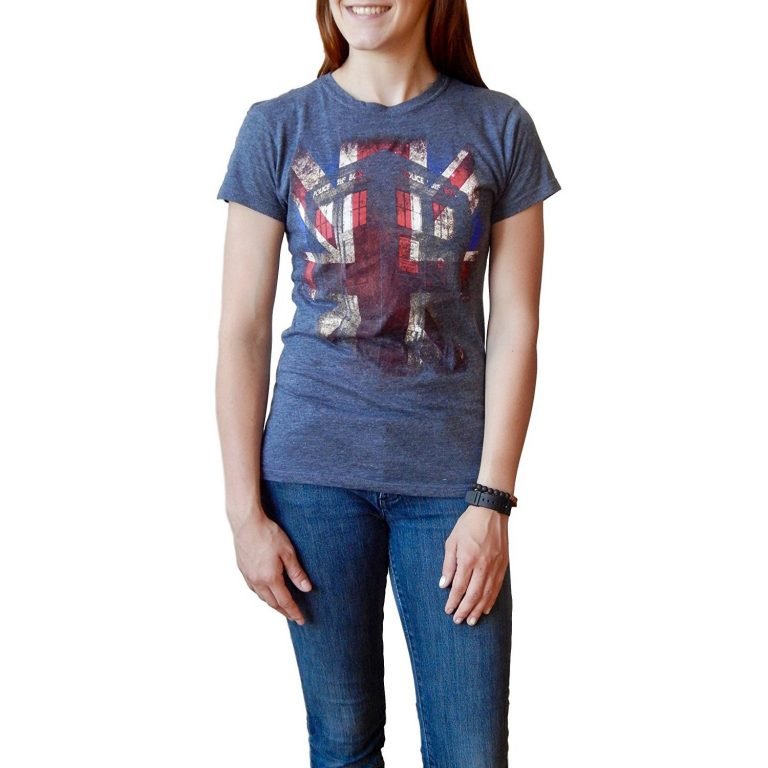 This Women’s Union Jack T-shirt features a very cool distressed Union Jack flag superimposed against the unforgettable lines of Doctor Who’s Tardis. There’s almost a feeling of movement to this as if the Tardis is materializing in front of the Union Jack. This is a great t-shirt for the woman who loves Doctor Who and…

This bold Union Jack Fleece throw blanket is a warm and fuzzy way to celebrate your love of all things British! Whether you want to throw it over a sofa or wrap up on a cold night, this fleece blanket is a functional and beautiful piece of British decor. It’s a fairly typical throw blanket…