This Manchester T-Shirt includes an iconic distressed Union Jack design that has a very vintage feel. You may have seen this design on social media and in the news shortly after the bombing of the Manchester Arena in May of 2017. This Manchester artwork quickly became the de facto emblem for people wanting to share their collective sorrow following this horrific event. This iconic design was available years before the bomb blast that killed 23 people and injured hundreds. You can read about the artist’s reaction to the event on his art blog.

Even before the events of May 2017, this Manchester t-shirt attracted people who love the history of Manchester, in particular those who love the Union Jack. It’s a vibrant vintage design that has a rough and worn feel to it. Afterwards, it was a shirt design that had additional recognition for many who have seen it online. This distressed union jack design  serves as more than a reminder of a sad day. It is a piece of art that symbolizes the unity of people near and far for Manchester. Manchester is one of the most populous urban centers in the UK and home to the rich history of Britain’s industrial heritage. It’s truly hard to imagine Britain without Manchester.

This popular Manchester T-shirt would make a brilliant gift for a friend from Manchester! Or get one for yourself to declare your Manchester pride!

This design by artist Mark Tisdale is one of several Union Jack designs he’s done. Mark is an American artist with a deep love of British culture and history. This particular Manchester t-shirt design is available on multiple styles and in a wide range of sizes. It can be purchased in Men’s and Women’s styles of T-shirts and hoodies. Contact us if you can’t find the style you want.

This design will appear on multiple shirt styles 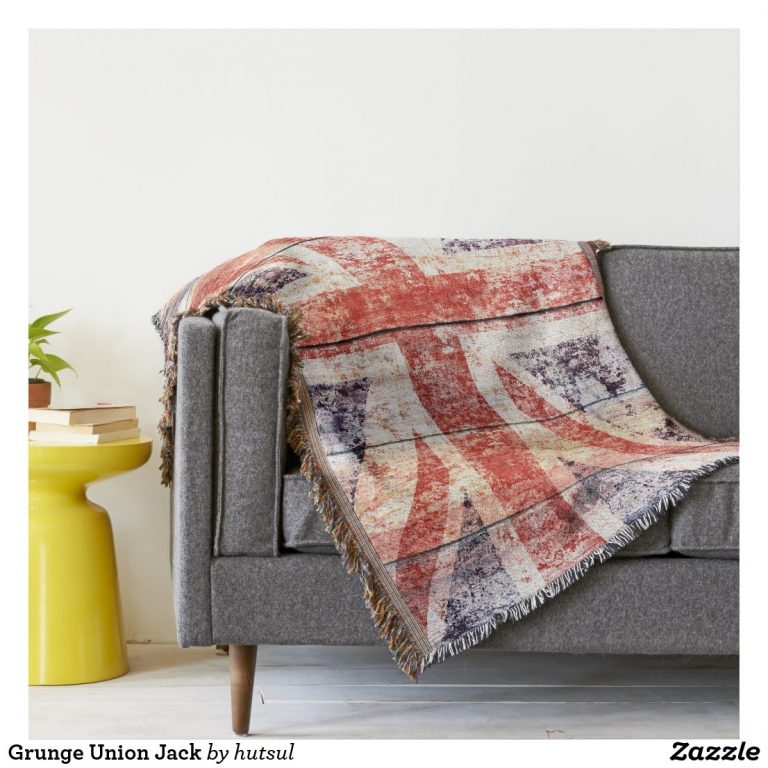 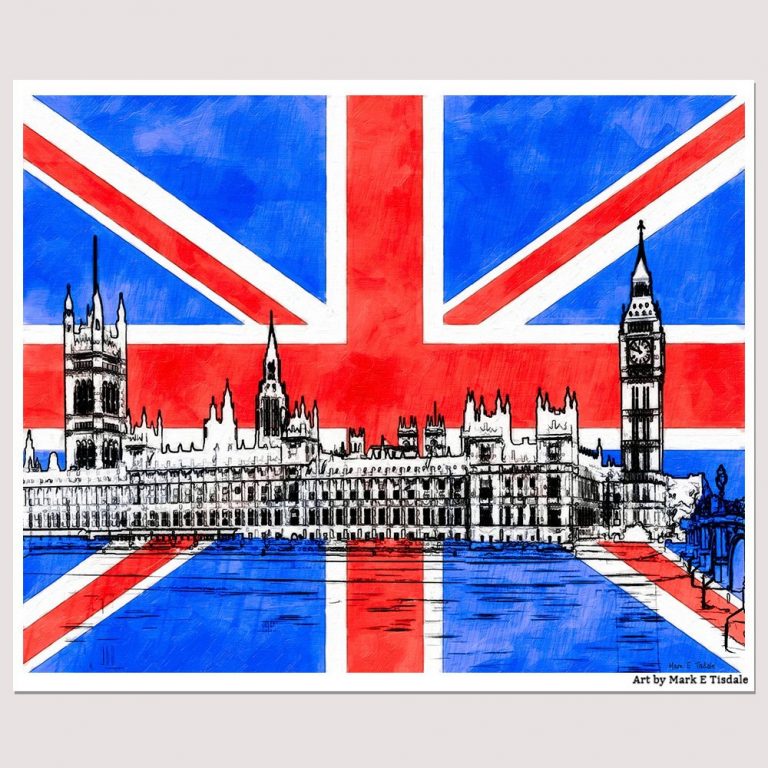 This brilliant Union Jack Wall Art features an illustration of the historic British Parliament emblazoned across it. There’s a real vintage texture to the rough and worn colors of the Union Jack flag in this artwork. The Parliament design across it adds a very British flair to it. There’s little doubt that the Palace of… 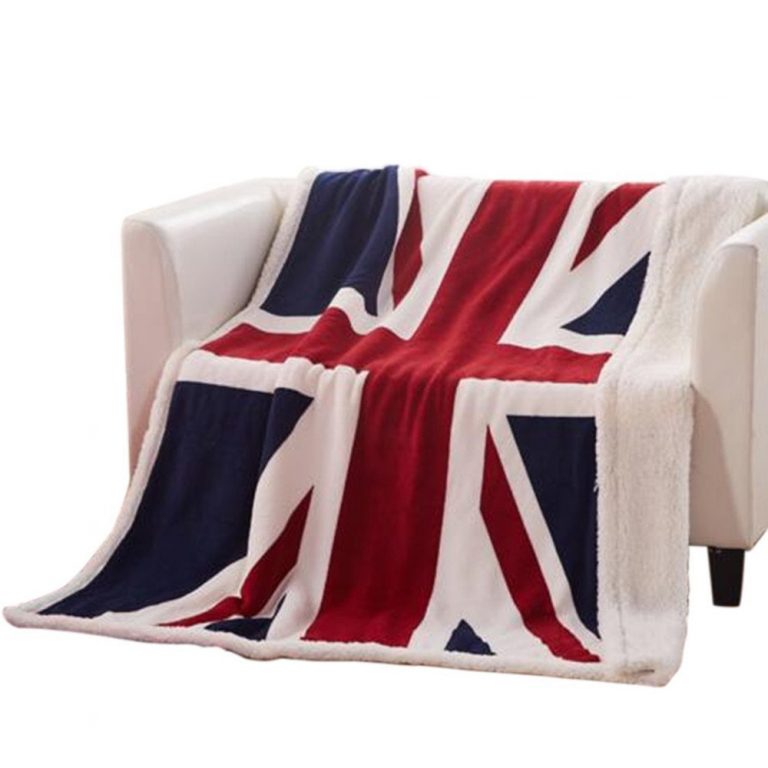 This bold Union Jack Fleece throw blanket is a warm and fuzzy way to celebrate your love of all things British! Whether you want to throw it over a sofa or wrap up on a cold night, this fleece blanket is a functional and beautiful piece of British decor. It’s a fairly typical throw blanket…

This Women’s Union Jack T-shirt features a very cool distressed Union Jack flag superimposed against the unforgettable lines of Doctor Who’s Tardis. There’s almost a feeling of movement to this as if the Tardis is materializing in front of the Union Jack. This is a great t-shirt for the woman who loves Doctor Who and… 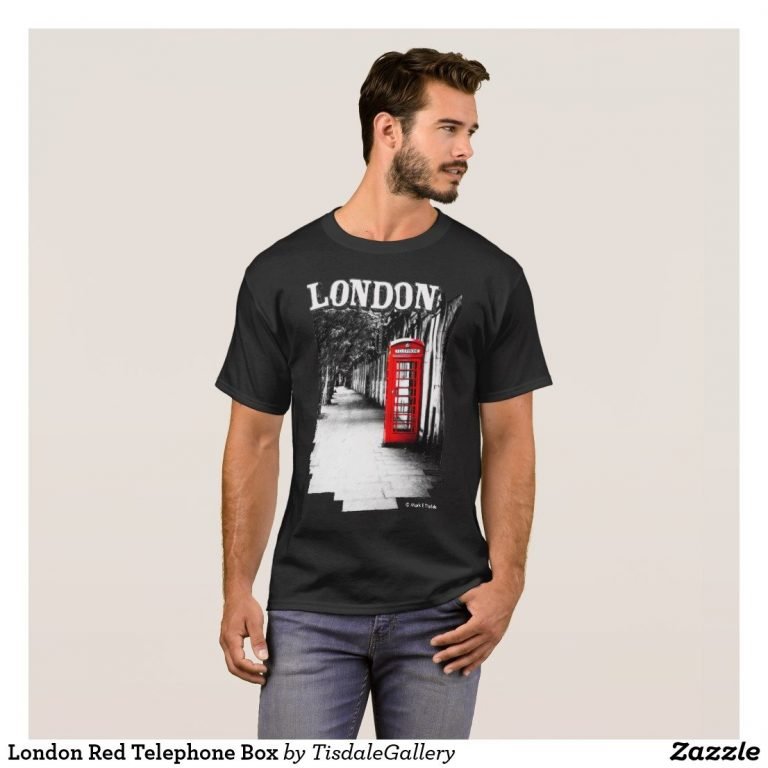 This London Telephone Booth t-shirt is truly a classic design that will get noticed. And best of all it’s a shirt that advertises that you love British culture. People who have similar interests to your own will come out of the woodwork when they see you wearing this fun design. It features a bright red…